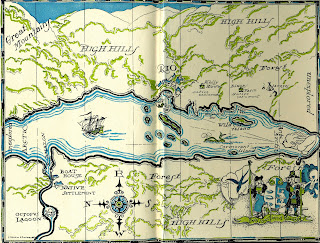 The pictorial map that accompanied Arthur Ransome’s Swallows and Amazons when it was first published in 1930 was drawn by Steven Spurrier (1878-1961). He was also commissioned to provide illustrations throughout the book but they didn’t match what Ransome had in mind and were never used. They are now in the collections of the Brotherton Library in Leeds. Ransome's adventure story drew upon his own childhood memories of holidays by Coniston Water in the Lake District.

Spurrier was a prolific commercial artist in the decades on either side of the Second World War with the Illustrated London News in particular using a lot of his work. He also exhibited at the Royal Academy from 1913 and was elected RBA in 1933 and RA in 1952. Born in London, Spurrier was imbued with that urban vision of the vitality of the rural outdoors, as indicated in the holiday poster below. 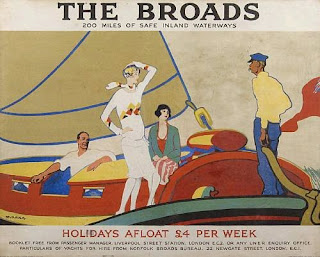 Spurrier’s style captured perfectly the mood of the day. This oil painting of his from the 1940s, Portrait of a Country Girl, with its ruddy-cheeked references to a healthy and wholesome rural life, is part of this project. 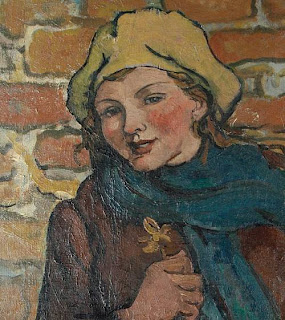