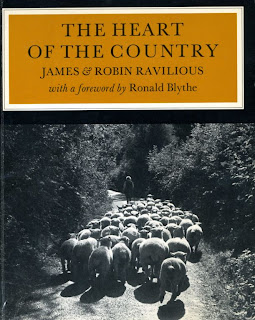 Just to follow up a comment on the earlier piece about Eric Ravilious, it is very true that Eric’s son James has also made a significant contribution to contemporary perceptions of the countryside. He is Eric’s second son and taught painting in London for a number of years before moving in the early 1970s to North Devon, birthplace of his wife Robin. In 1972, he was commissioned by the Beaford Centre to make a photographic record of life in and around the village of Dolton where he lived. The result is a wonderful natural portrait of the countryside and its people. The images today are to be found reproduced in books and as cards nationwide. 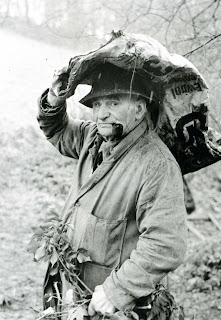 Beaford, a village south of Barnstaple, was chosen in 1966 as the base for a North Devon offshoot of the Dartington Hall Trust with a brief to develop education, community and arts initiatives in the area. Dartington itself has a place in the story of the twentieth century countryside. The estate was purchased by Leonard Elmhirst and his wealthy American wife, Dorothy, shortly after their marriage in 1925 and they used it as a laboratory to develop their own vision of a sustainable countryside based on agricultural development, rural regeneration and encouragement of the arts.
Posted by Roy Brigden at 02:16

Just to say that, in the photo on the front of the book, the shepherd is leading his flock, not following it as is today's custom. No dog is shown but certainly it would be at the rear but the sheep knew that following the shepherd would bring them to 'pastures new'.