Farmers Weekly joins in; the Aga and rural culture

The Farmlife section of Farmers Weekly for 7th November 2008, includes a column about the project and encourages readers to submit ideas on what items should be included. It picks up on the point about the Land Rover as a rural icon (see first posting to this blog) and puts out a call to find the Land Rover with the best story attached. 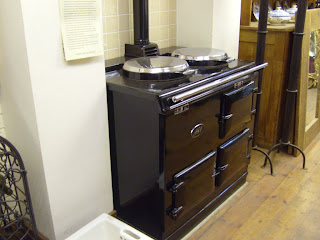 In perhaps a similar vein, the Sunday Telegraph of 1st November reported on a competition currently being run to find Britain’s oldest working Aga. The Aga was actually invented and patented by a Nobel Prize-winning Swede, Dr Gustaf Dalen, in 1922 and manufacture under licence was introduced to this country seven years later. By the 1950s, it had become indelibly associated with the farmhouse kitchen and thereafter became one of the great domestic style icons of the twentieth century. Agas are renowned for their longevity, are much loved by their owners, and the warm glow they give off, psychologically as well as physically, is proof of the continuing strength of the rural idyll in our culture. However, economic downturns are not so kind to high status items such as this and the company recently issued a profits warning. 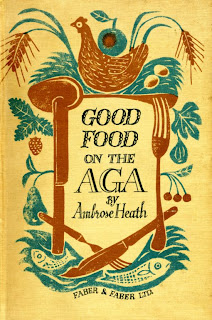 We have in our collections a copy of Good Food on the Aga, a book of operating instructions and recipes written by Ambrose Heath and first published in 1933. The illustrations, including the cover design, are by Edward Bawden (1903-1989). He was a friend and fellow student of Eric Ravilious at the Royal College of Art and during the 1920s and 30s became a successful illustrator and graphic artist. His images on rural themes are some of the most evocative of their day. 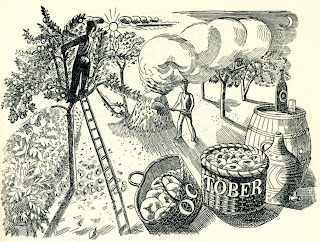 The seasonal recipes are organised into months and each chapter is introduced with a Bawden illustration. 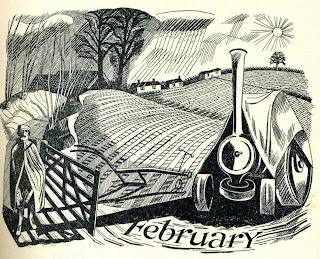