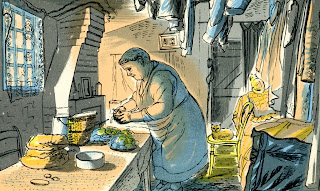 There’s another book in our library with a Bawden connection. It’s a Penguin book called Life in an English Village and was published in 1949. It contains 16 lithographs by Edward Bawden showing the daily round of village life: the Vicar in his study, the child welfare clinic in the village hall, the farm machinery repair shop, the ladies at work in the bakery, the pupils in the village school etc. 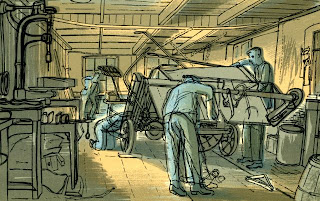 They are charming though unsentimental vignettes that seem based on real scenes and real people. 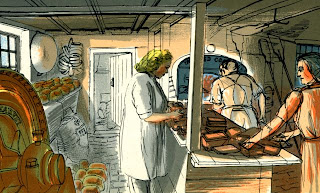 The illustrations are preceded by an essay on village life by Noel Carrington which paints much the same picture in words. He wants to demonstrate that time doesn’t and shouldn’t stand still in the village and that the countryside, with its own life and vitality, is not simply a recreation ground for the town. Change has come to the village but for the most part – like better sanitation and housing, and the rural bus service – these are changes for the better and there is a sense in these early post war years of wanting to look forward rather than back.

Noel Carrington had been editor of Country Life books before the Second War (he also farmed at Lambourn in Berkshire) and was the man behind the concept of the Puffin picture book series for children that was launched in 1940. An early and subsequently updated title was On the Farm by James Gardner. 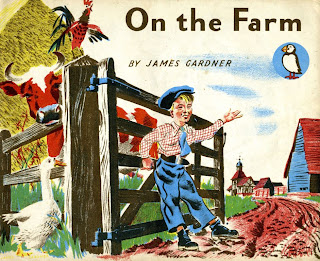 In its 30 pages, it manages to provide a surprisingly detailed and comprehensive breakdown of what farming was all about for both rural and urban audiences. Images such as these, absorbed at an early age, have made a lasting contribution to cultural perceptions of the countryside today. 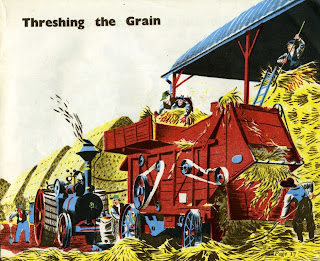 James Gardner (1907-1995) was a commercial artist and designer who was involved with such projects during the Second War as developing dummy tanks and landing craft to fool the Germans. Subsequently he played a prominent role in the Britain Can Make It exhibition in 1946 and the Festival of Britain in 1951. In the 1960s, he designed the interior of the QE2 amongst other things and latterly was known internationally as a museum and exhibition designer. 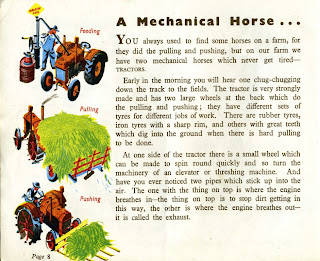