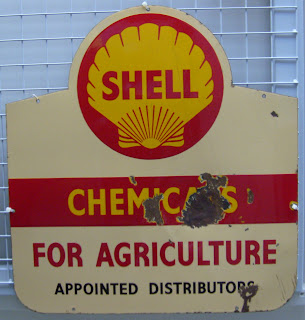 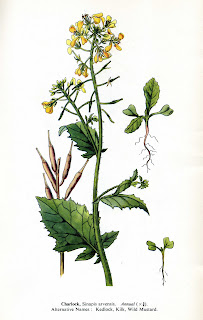 It was something of a 50s golden age for the industry. The atmosphere began to change with the publication in 1962 of Silent Spring by the American Rachel Carson in which she laid the foundations of the modern environmental movement by questioning the long term impact on health and ecology of organochlorine insecticides and the arsenical compounds present in synthetic pesticides. In the UK, the Agricultural Research Council's 1964 Report of the Research Committee on Toxic Chemicals called amongst other things for the development of more selective and safer pesticides of limited persistence; for new toxicological and biological studies in birds and wild life; and for an evaluation of the toxicological significance of the presence of pesticides in human body tissue. DDT was banned for most purposes in the US in 1972, in the UK in 1984, and is now barred from agricultural use worldwide by the Stockholm Convention.
Posted by Roy Brigden at 07:16 2 comments: 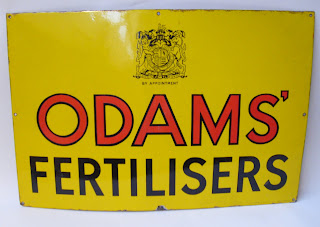 This firm was started by James Odams in 1855 and was based in the Silvertown area of the east London docklands. It was one of many springing up at the time on a rising agricultural market for manufactured fertiliser. In particular, the production of superphosphate was accelerating as the science of the day demonstrated the beneficial effects on crop yields. It involved mixing animal bones, subsequently replaced largely by imported mineral phosphate, with sulphuric acid in a process that was both acrid and hazardous. Dockside locations were common because here the raw materials were readily available - the slaughterhouses for imported cattle for example. By the outbreak of the First World War, the industry in this country was producing getting on for 2 million tons of superphospahte annually.

There were other forms of manufactured fertiliser that Odams were involved with and made connections between urban life, manufacturing industry and the countryside. Sulphate of ammonia, a source of nitrogen for farmers when turned into granular form, was made from the waste products of town gasworks. Basic slag, a residue from steelworks, was high in phosphate and when ground into a powder was recommended for use on grassland.

This sign dates from the 1930s and was made by Wildman & Meguyer (1933) Ltd of Birmingham. Odams were take over by Fisons in 1937 during a period of consolidation of the industry into the hands of a few major conglomerates. 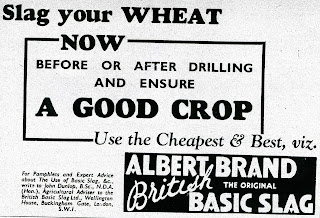 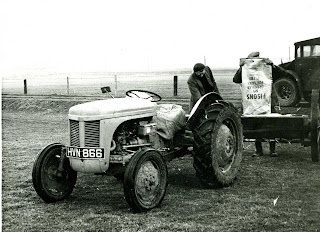 Permanent pasture near Scarborough, Yorks, being treated with 3 cwts per acre of Fisons No.1 Granulated Fertiliser in 1953.
Posted by Roy Brigden at 02:12 No comments:

A one-day conference arising from this project, entitled Representing Rurality: Culture & the Countryside in the Twentieth Century, was held at the Museum of English Rural Life on November 4th 2009. It was attended by 22 museum professionals and 27 academics and research students drawn from around the country (+ one delegate from Belgium).

Treasuring Things of the Least: Village Museums in England in the 1920s and 1930s
Bridget Yates, Research student, University of Gloucestershire

An alternative view: The South Downs in the mid-twentieth century as seen on aerial photographs
Edward Carpenter, English Heritage

Short insights into a variety of cultures of the countryside in East Anglia
Dr Veronica Sekules, Head of Education & Research, Sainsbury Centre for Visual Arts, University of East Anglia.

A discussion at the end was led by a panel comprising Professor John Sheail, Dr Paul Brassley and chaired by Professor Alun Howkins.

Given that much of the project to date has been looking at the twentieth century countryside from within the context of an urban society, one of the lines of discussion that recurred during the day was whether there was in rural areas something that could still be identified as an indigenous culture - with a sense of its own difference and separateness but otherwise largely hidden from view to outsiders – which this project should seek out and record.

There was also some debate about how artefact collections within rural and social history museums generally could be promoted more widely as a research resource amongst the academic community. Proposals were suggested for following this up through a session at the international conference Rural History 2010 to be held in Brighton.
Posted by Roy Brigden at 09:04 1 comment: