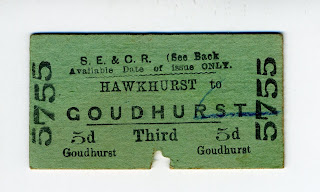 The Hawkhurst branch line was a classic example of a rural railway which belonged to a different time - it was opened in 1893 - but was never really viable and closed in 1961. It was single track, only 11 miles long and linked Hawkhurst with its neighbouring Kent villages of Cranbrook, Goudhurst, Horsmonden and Paddock Wood, where there was a mainline connection. 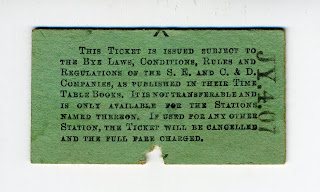 The ticket here is dated July 4th 1907, and one can't help speculating on the cause for that particular journey from Hawkhurst to Goudhurst. Was it work or pleasure? One reason for the light traffic on the line, apart from its very rural nature, was that the stations were inconveniently placed. Hawkhurst station, for example, was over a mile from the centre of the village and technically not in Hawkhurst at all. At hop and fruit picking time the line was busier, but by the 1950s competition from road transport was rising fast. Annual operating losses nationally in the early 1960s necessitated a pruning of the rail system, hence the Hawkhurst closure in 1961. When Richard Beeching, chairman of British Railways, produced his report The Reshaping of British Railways two years later it recommended the closure of a further 6,000 miles of primarily rural lines.

The postcard image below shows the station in use in March 1961, shortly before it closed. 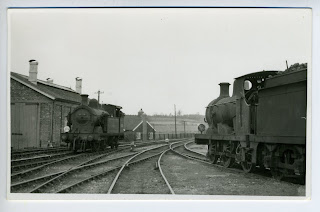 I had hoped here to include a further acquisition in the form of an enamel nameplate from one of the Hawkhurst station benches.

But it has just been sold at auction for £2,700! These days railwayana occupies a price zone all of its own.

I have a personal connection with Hawkhurst station because my grandparents lived nearby and whilst on a visit I remember exploring the station one day with my cousin. It must have been not long after the closure so I would have been 10 or 11 and my cousin 16 or so. The place was completely deserted and abandoned. My cousin had a bright red quite large transistor radio which he carried with him (that was the cool thing to do then). He set it down whilst we poked round the signal box and the adjacent water tower. I have a vivid childhood memory of him pulling a handle which was followed after a pause by an ominous rumbling noise up above, and then water cascaded down through a great rubber trunk, used for filling the steam engine tenders, and drowned the precious radio. We left quickly afterwards. 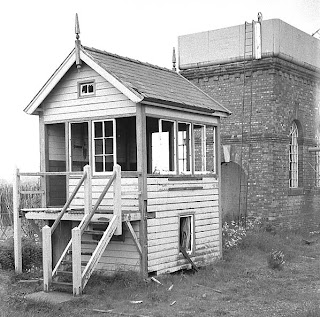 The station site is now home to some light industrial units, including a firm that makes garden furniture, and only really the signal box survives. 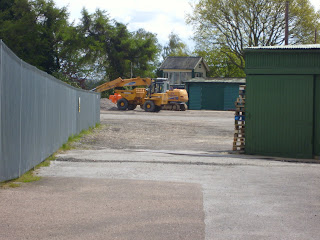 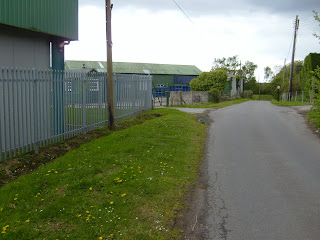 Rural railways left their mark on the landscape and on the folklore of the twentieth century countryside.
Posted by Roy Brigden at 06:39