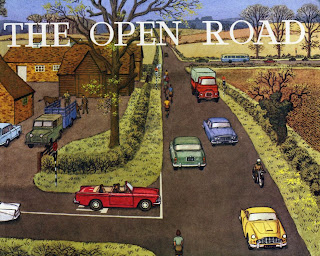 The same team of Lampitt and Deverson that produced The Map that came to Life in 1948 came up with The Open Road fourteen years later. It's John and Joanna again but this time Uncle George takes them in his Hillman Minx on a journey from his farm in the country to the seaside. 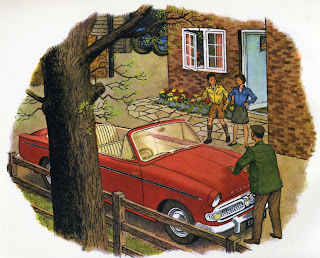 The countryside has lost none of its allure but it's a different countryside now, one that has become colonised by, and is completely dependent upon, the motor vehicle and all its needs, from road signs to petrol stations and AA motor cycle patrols. 'There are nearly nine million motor vehicles of all kinds on the road', Uncle George proudly tells John.

There is no negative tone to this: traffic and countryside are in harmony. 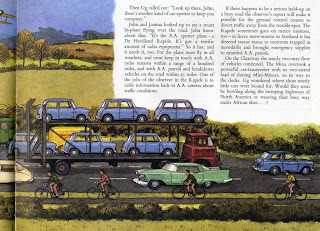 The car provides a means of exploring the countryside. 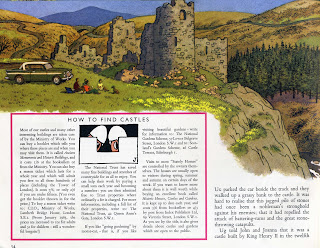 John and Joanna enjoy looking round the inside of a Bedford Dormobile camper van.

When they encounter a motorway (the first stretch of the M1 opened in 1959), 'John and Joanna were thrilled at their first sight of the broad, spacious carriageways with their three traffic lanes on each side of the central grass strip'. It too was at one with the rural landscape and the love affair with the motor car was complete. 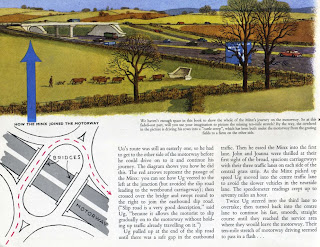