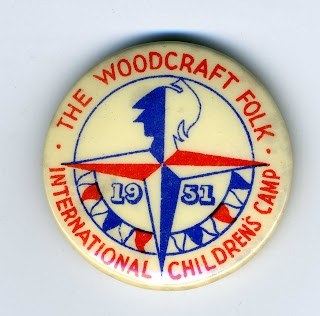 It is not uncommon for the countryside to assume importance in our culture as a kind of polar opposite to the city. If the countryside might be seen as embodying health, beauty and goodness then it follows that the city represents the reverse: disease, ugliness and evil. At the beginning of the twentieth century, there was concern in some quarters that the growing urban mass of population in the towns and cities was itself being imbued with these qualities. How could the nation continue to manage and control a far-flung empire if the regenerative capacity of its people were subject to moral and physical corruption? The result was a rash of uniformed, semi-militaristic youth organisations aimed at easing the urban adolescent’s turbulent passage into civilised adulthood by teaching the virtues of loyalty, self-discipline and exercise. The most successful of these was Baden-Powell’s Boy Scouting movement of 1908, based in no small degree on a youth group called the Woodcraft Indians that was founded in the US by Ernest Thompson Seton in 1902. Seton’s group raised to a heroic ideal the outdoor life, the bush skills of self-reliance, and the communal life of camping as practiced by the native American Indian.

After the First World War, some looked to continue these interests in the character-building pursuit of outdoor life but without the quasi-military overtones of national chauvinism. Out of this came The Woodcraft Folk movement, which was instigated by Leslie Paul and first appeared in Lewisham, south London, in 1925. Adopting its tribal training philosophy from Seton, it placed camping and open air activities like hiking, together with pageantry, at the heart of its programme. Unlike scouting, it was an avowedly working class organisation, open to girls as well as boys from the start, and aligned with the international cooperative and socialist movements.

The Woodcraft Folk never had mass appeal at the time - 5,000 members by 1939 - and was variously criticised in some quarters for supposed pacifist or communist sympathies. Its connections with international childrens' organisations and its international camps - the badge above is from the 1951 camp held in connection with the Festival of Britain - remain a vital component of its work. In the last quarter of the century, the movement enjoyed a revival as its positive environmental credentials received wider recognition.
Posted by Roy Brigden at 06:51