The Youth Hostel Association is one of those important stakeholder groups of the twentieth century operating at the interface between town and country. So we have been picking up some YHA ephemera. Youth hostelling was a German idea. The first hostel was opened in 1909 by a Westphalian schoolteacher, Richard Schirrmann, who was convinced of the spiritual need for young people to enjoy healthy exercise in the open air away from the drabness of city life. He planned a chain of hostels, or 'Jugendherbergen', each a day's walk through the countryside from the next. 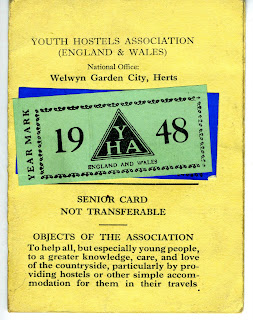 The Youth Hostel Association of Great Britain was formed in 1930 along very similar lines. This membership card from 1947 and 48 lists the objects of the Association as 'To help all, but especially young people, to a greater knowledge, care and love of the countryside, particularly by providing hostels or other simple accommodation for them in their travels.' 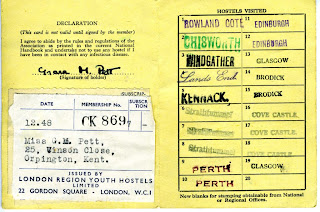 It shows that the holder, Grace Pett a young south London schoolteacher, stayed at hostels in Derbyshire, Cornwall and Scotland. 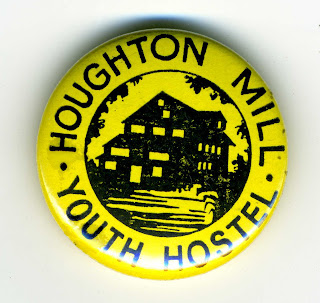 The eighteenth century Houghton Mill near Huntingdon was converted into Youth Hostel accommodation in 1934 and was one of the first hostels in the Cambridge Regional Group. Access to the men's dormitory was up two flights of ladders and water for washing had to be gathered in buckets from the River Ouse below. During the Second War, when there was a scarcity of resident wardens, Vera Watson kept the hostel open at weekends by cycling the fifteen miles out from Cambridge each Friday and returning on Monday mornings. The mill ceased to be a hostel in 1983. 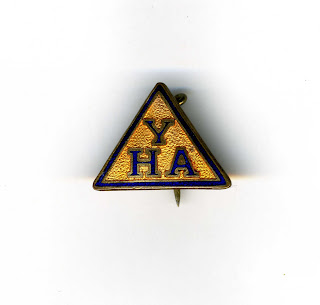