Darling Buds of May 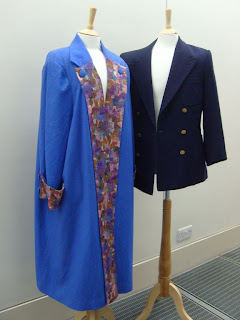 We have now added these two items of costume as worn by Pop and Ma Larkin (David Jason and Pam Ferris) in the 1991-3 Yorkshire TV series Darling Buds of May. Running to 18 episodes and two specials, it was immensely popular with the first season of programmes breaking viewing records when all six episodes reached number 1 in the ratings. 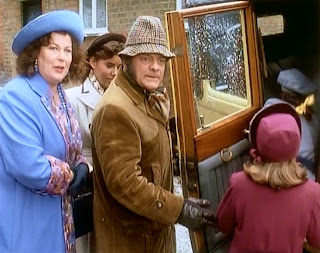 Shot on location in the Kent village of Pluckley, it presents a Chaucerian vision of a lush and bountiful countryside of the 1950s presided over by Pop, a smallholder and chancer, with an enormous family and a heart of gold. As the Television Heaven review puts it 'The combination of good writing, excellent acting and the inherent "feel good factor" of the series proved to be the perfect antidote to a televisual dramatic universe dominated by cold, hard-hearted cynicism. Darling Buds of May proved to be a delightfully unexpected oasis of golden summer sunshine in a wasteland of post-modern grimness'. 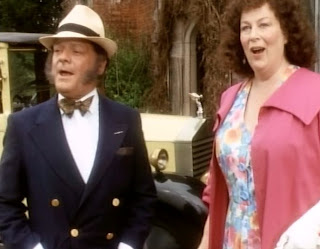 The series was based on the 1958 novel of the same name, and its four successors, by H.E.Bates (1905-1974). He and his wife Madge had made their home since the early 1930s in a formerly derelict cart shed and granary in Little Chart, close to Pluckley in Kent. In his second volume of autobiography, The World in Ripeness (1972), Bates describes how the idea for the Larkins developed:

I had long been fascinated by a rural junk-yard I used to pass two or three times a week. Its crazy mess of old iron, rusting implements, pigs, horses, geese, turkeys, haystacks and useless junk of every kind sat incongruously next to the most beautiful of bluebell woods, the junk mocking the beauty, the bluebells mocking the junk. Here, it seemed to me, was something that had to be written about. 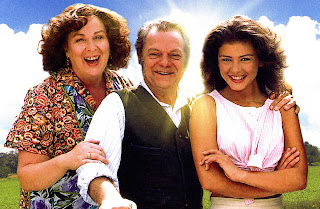 One early summer evening Madge and I were driving through a Kentish village twenty-five miles east of us, in apple orchard country, when she suddenly had reason to stop and make a few purchases at the village shop. As I sat waiting for her in the car I noticed, outside the shop, a ramshackle lorry that had been recently painted a violent electric blue. Two or three minutes later there came out of the shop, in high spirits, a remarkable family: father a perky, sprightly character with dark side-burnings, Ma a youngish handsome woman of enormous girth, wearing a bright salmon jumper and shaking with laughter like a jelly, and six children, the eldest of them a beautiful dark-haired girl of twenty or so. All were sucking at colossal multi-coloured ice creams and at the same time crunching potato crisps. As they piled into the lorry there was an air of gay and uninhibited abandon about it all. Wild laughter rang through the village street and the whole scene might have come out of Merrie England.

And so the Larkins took shape:

The entire family is gargantuan of appetite, unenslaved by conventions, blissfully happy. Pop is further revealed as a passionate lover of the countryside, as ardent a worshipper at the bluebell shrine and its nightingales as he is of Ma's seductive, voluptuous bosoms. He yields to no man in his warm, proud love of England. All is 'perfick'. 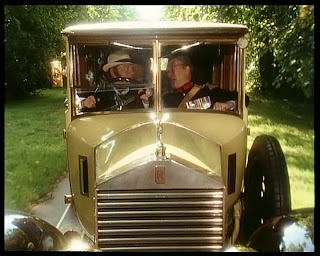 Labels: Darling Buds of May, H.E.Bates