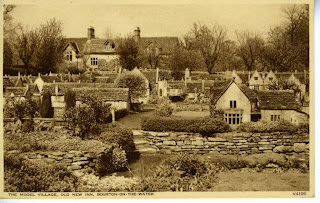 The Model Village as a tourist attraction first appeared during the interwar years and in the 1950s and 1960s became a popular addition to many resort destinations from Hastings to Blackpool and from Corfe Castle to Skegness. It's not the appeal across the generations of seeing things in miniature but the fact that a traditional English rural village should so often be the subject that brings this within the sphere of the project. 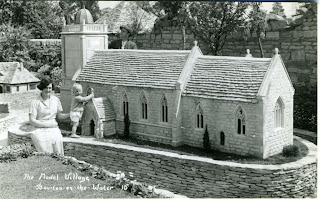 At Bourton-on-the-Water in Gloucestershire, a Mr Morris, landlord of the Old New Inn, began in 1936 to build a model village on some rough land behind the inn. Three years later, he and his six helpers, had managed to complete a miniature version of Bourton village in Cotswold stone at a ninth scale - right down to a model of the model village itself. 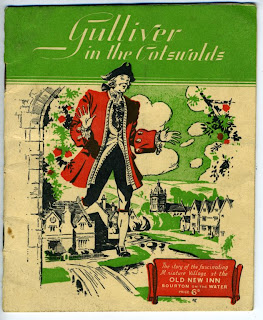 The model village first welcomed visitors on the Coronation Day of George VI in 1937 and it remains open behind the Inn to this day. Over the years it has generated a variety of souvenir ephemera, like the guidebook above which has Gulliver making a visit to Bourton and marvelling at the craftsmanship and ingenuity of the model's creators. 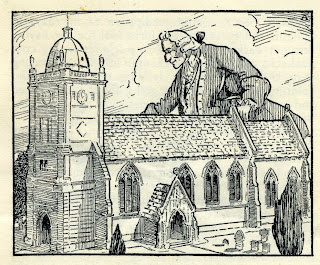 And there were pottery mementos as well for the day trippers in car or coach to take away with them. 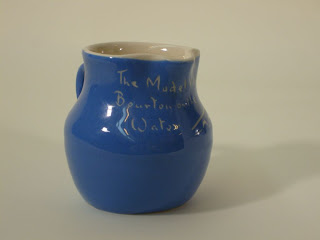