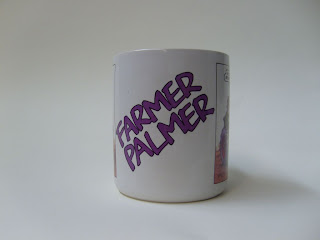 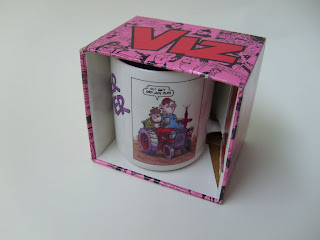 Following a suggestion made at the recent Social History Curators Group conference, we are happy to oblige with these two new acquisitions relating to the Viz character Farmer Palmer. The first is a mug dating from 1993 complete with its original box. 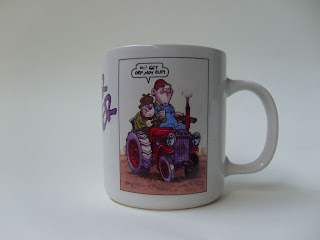 Farmer Palmer first appeared at the start of the 1990s, the creation of cartoonist Simon Thorp (1965-) who was behind a gallery of some of the comic's other stalwart characters including Eight Ace, Finbarr Saunders and Student Grant. He had been producing work for Viz since the mid-1980s, shortly before it hit the bigtime. From small beginnings in 1979, a cottage industry run from a suburban bedroom in Newcastle, Viz was selling more than 1 million copies per issue by 1990, putting it in the same league as The Radio Times and Reader's Digest and turning it into an anarchic institution in its own right. It thrived on original humorous content that was outrageously crude, puerile and offensive and in so doing developed a readership profile far wider than might have been predicted. 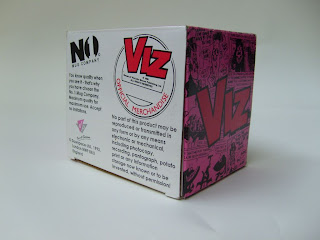 Dog shooting ('Ee wuz wurryin moy sheep') Farmer Palmer and his dim-witted son Jethro are way over the top caricatures of just about every anti-farming stereotype that our culture can come up with - that's why they're funny and important for this project. 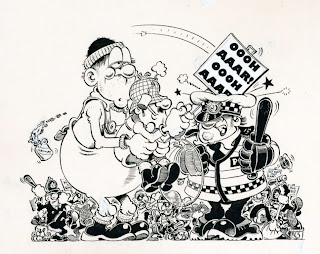 Our second item is a piece of original Simon Thorp artwork from the end of the century featuring Farmer Palmer and Jethro getting enthusiastically involved in a demonstration. This was the era of the Countryside March of 1998 that brought 250,000 people noisily to the streets of London to protest against an amalgam of grievances - including anti-hunt legislation - affecting the rural community.

Farmer Palmer is still going strong today, athough Viz circulation has long since retreated from its earlier highs. His notoriety has been put to good commercial use by some other farming Palmers - see below. 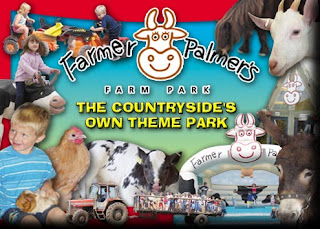 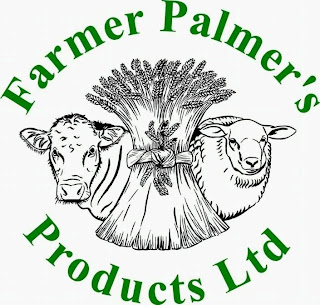