After the loud brashness of the 1960s, one branch of womens fashion in the early/mid 70s saw a return to quieter pastoral themes rooted in popular rural nostalgia of the day. The name most associated with this trend is Laura Ashley so, in the month that has seen the death of co-founder Bernard Ashley, this seems the appropriate opportunity to reveal the two latest acquisitions.

We have a smock top from the 1970s, evidence of a renewed enthusiasm at the time for a style traditionally associated with the countryside. 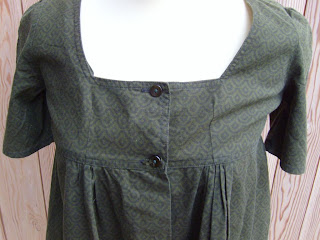 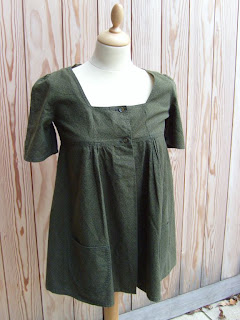 And a folk or ‘prairie’ dress of simple lines, definitely not of the city, with that almost home-made look. 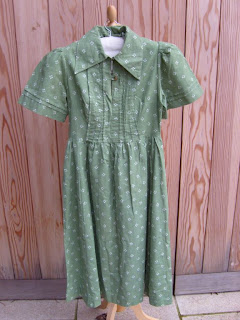 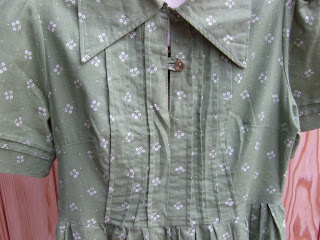 The firm began as a small husband and wife operation in the early 1950s but reached its zenith in the 70s when the trademark floral designs and pastel colours were applied to dresses of a cottage style and make that harked back to a mythical past of uncomplicated home loving country life. Ironically, on the back of this success, the Ashleys enjoyed all the trappings of a mega rich lifestyle before Laura’s premature death in 1985 was followed by a stockmarket flotation and, ultimately, corporate shake down. 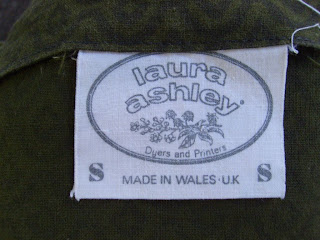 This was the look that characterised campus parties and formals in the mid 1970s.