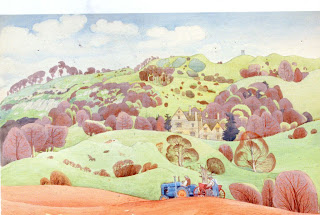 A Fordson Major and seed drill chug their way across the red West Midlands soil in the shadow of Bredon Hill. The date is April 1954, the title is Woollas Hall, seen in the centre of the picture, and the artist was Norman Neasom (1915-2010).

Neasom drew much of his artistic inspiration from the farming landscape of his native Worcestershire. Into adulthood, and in spite of a formal training at Birmingham College of Art, he continued to live and work on Birchensale Farm just outside Redditch where he had been born. His working life after World War II was spent as an art college teacher, first in Birmigham and then Redditch. Hence the innate authenticity in Neasom's farming pictures.

Much of Birchensale Farm has since been swallowed up by outward expansion of the Redditch suburbs. The farmhouse now serves as a community centre. In his latter years, Neasom produced a number of works recalling the farm of his boyhood years. 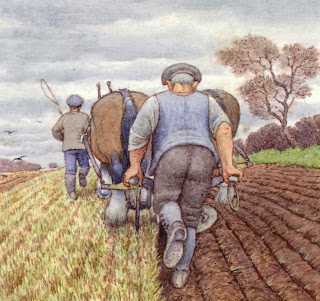 These were put together in 2004 into a book, Birchensale. Farm Memories in Pictures. 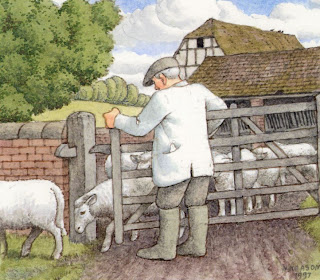